Riot Fest 2022 Day 2 Recap & Highlights – The iconic punk rock festival is back with a vengeance!!!

All words and photos: Emily Sisson

Brought chaos like no other. This edgy, chick-faced punk band was so hardcore. Nothing makes me happier than when the band pulls together with the crowd and singer Dani Miller has done just that and more. With stage presence second to none, viewers like me couldn’t take their eyes off the madness that was Surfbort’s performance. Madness in the best way. Their first album ‘Friendly music’ was released in 2018 and I can’t get enough of it. With only 43,000 monthly listeners on Spotify, this group deserves much more notoriety. Seeing what they did when they got this crowd, I can’t wait to see what they do next.

Jxdn Had its first performance at Riot Fest on the second day of the festival. Young and full of life Jxdn real name Jaden Isaiah Hossler performed the Roots stage on Saturday late afternoon to a very cool and very comfortable crowd. Playing in pleated pinstripe pants and a Prister peephole shirt with the style and exuberance you’d only expect from any hot 21-year-old shit. His style is iconic but makes you wonder what is Rob Halford’s favorite song from Jaden. In addition to performing a cover of Limp Bizkit’s “Break Stuff”, he performed his song “NO VANITY” from the album “Tell Me About Tomorrow”. Many know him from his presence on Tik Tok, but his music has quickly become the new “It” sound. You’d be wrong to deny the complete pop-punk revival through gen z. It’s official, we were cool before it was cool. It’s kind of bittersweet. Put it like this, if you’re in high school driving around with your friends late at night, blasting his new song “Beautiful Boy” with the windows or top down will surely get you in that indie movie vibe. . With Travis Barker by his side as a close friend and as the man who signed Jaden to his record label, we know he’s in good hands. What an honor to be framed by such a legend. “Speaking of Riot Fest,” exclaims Jaden. “I have this song called Riot that I haven’t released yet and all I need you to do…is that shit right there!” And that’s what they did. Drummer Tosh Peterson shares an awesome look at the 2022 Chicago Riot Fest “angels and demons” performance behind his drum risers posted on his youtube channel and if you haven’t seen it, maybe give it a try.

reminded us where their name came from during their 4:00 p.m. performance on the Rise stage. Their crowd gathered. This was the band’s first time playing at Riot Fest. A few singles were released this year by Movements, “Cherry Thrill” and “Barbed Wire Body”, both played on the show. “Cherry Thrill” contains a vivid sense of that amorous attraction you feel when you first meet a target or potential romantic interest. When the band performed the song Colorblind from their 2017 album “Feel Something”, the crowd went wild. Crowd surfers piled into the barricade one after another as sweaty security guards did their best to keep up. “Do you feel that? Don’t let this shit die! Keep that energy! shouts singer Patrick Miranda.

alexisonfire had a performance that was out of control and I wouldn’t have it any other way. The band Alexisonfire performed at 4:30 on the Radicals stage after The Get Up Kids. It would not be recommended for whiplash sufferers to attend a live rock show, more so an Alexisonfire show. Each member of the band has such a stage presence that you don’t know where to look. Their performance of “Pulmonary Archery” screamed lyrics like

“No matter how things went and I won’t

Excuse me, I won’t apologize

Only made the crowd rowdy and giddy. “This Could Be Anywhere in the World” from the 2006 album “Crisis” was also on the setlist. Fans will recognize the song as well as their video which, shortly after its release, won the MuchMusic Video award for Cinematography of the Year.

yungblud was only on his 4th beer and was well on his 5th by the time the song “Fleabag” ended…or so he says. From the moment singer Dominic took the stage, his energy was high and rising. The performance of “Mad” spawned a beautiful circular pit in the center of the crowd. This proves that stage presence and audience participation are an exchange. Don’t look away, before you know it, this madman was running across the stage every time you blink. I thought at this time it was better to keep my eyes open. After taking out his guitar to play “I Love You, Will You Marry Me”

Yungblud pulled out Jaden Hossler (Jxdn) to join him on stage for a performance of “I Think I’m OKAY”. As it seems Yungblud couldn’t stop inviting people onto the stage, towards the end of his show, he even went so far as to bring a crowd of over 15 fans watching the show behind him, for the song “Loner “. As he departed and exited, he left the crowd literally humming the melody of the song for a few minutes after leaving the stage.

The front stockings We’re thrilled to be back at the riot fest after their performance in 2018. Life is ironic and heartbreak has struck vocalist Brian Sella time and time again. This show was beautiful and poetic, to say the least. The passion and emotion put into this performance was nothing short of spectacular.

I mean come on, they opened with “Twin Sized Mattress” and the show just kept getting better! Being able to see and photograph the lowers before performing this song was probably the biggest highlight of my entire festival. *News Title and Theme Music* “This is right in” Babies and spectators can’t get enough bubbles as the Front Bottoms prove to life how much fun a bubble can bring. The bubbles added a dizzying childlike energy to the already fun performance. The band playing “Cough it out” reminded us of what it feels like when relationships end “And with or without your support, I will carry on” Brian sings

“But whatever I did for you last year, I can’t do it again

No matter how many times I say I won’t, I defend you if I can

But whatever I did for you last year, I can’t do it again”

Brian confesses so much about what most of us face growing up. “Be Nice To Me” was a song that I would have liked to see but unfortunately missed. Nevertheless, it was played during the set and if I know one thing, people in the audience loved it as much as I did. I talk a lot about crowd participation, but I will say I was really surprised that this Front Bottoms show attracted so many surfers. I’ve never been to one of their shows before, but I just couldn’t imagine. Maybe yes, maybe not, but I don’t. At this point, having been there for the show, I can see where all the pent-up surfers are getting their energy from. With all these songs about loss and frustration, I feel it every time I listen to them. However, at the moment my frustration comes from missing the second half of their set.

The story so far brought the pop-punk flair the Riot Fest crowd wanted – no, needed. In front of you, a legendary pop-punk band you’ve been waiting for years and behind you, a beautiful backdrop of a beautiful sunset filled with carnival lights shining in the distance. It was prime time to see a show. I was so excited to attend this set. Anyone who’s been to a show of The Story So Far knows crowd participation is the name of the game and baby play. By the time “Roam” was played, nothing was stopping the crowd from piling in front. The band hasn’t released a song that wasn’t “Lo-Fi” since releasing their Proper Dose in 2018. That means the band’s fans have been listening to these songs over and over, which makes them even more surreal. for the live show. . Needless to say, a lot of classics were played. After a deeply dedicated performance of “The Glass” from their 2013 album “What You Don’t See,” I turned to my left to see a teary-eyed fan. Now, was the performance so heartwarming that she lost her temper, or was she just punched in the face? These are questions I may never have the answer to… 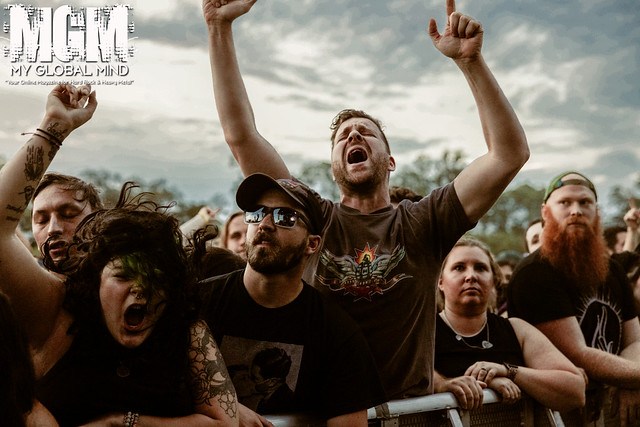 Tell us how you feel

Previous Behind the name of the group: panic! At the disco
Next Sichuan CATL Factory Selected as Flagship Factory by World Economic Forum